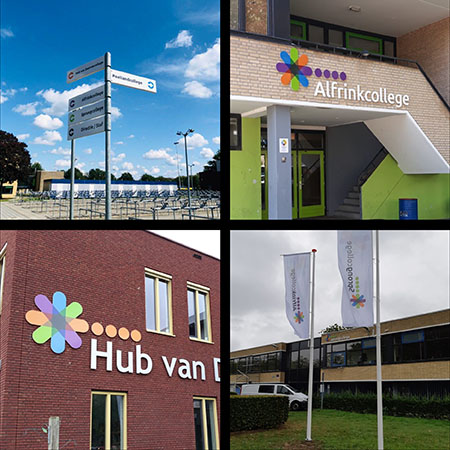 After the IVO Deurne school community opted for a new logo, Cornelissen Projectbegeleiding came to do an inventory. After that they removed the old exterior decoration, facade lettering and signposting.

The new expressions were also produced and assembled by Cornelissen Projectbegeleiding. The unity between the Hub van Doorncollege, Peellandcollege, Sprongcollege and Alfrinkcollege is  clearly visible, now and in the future.