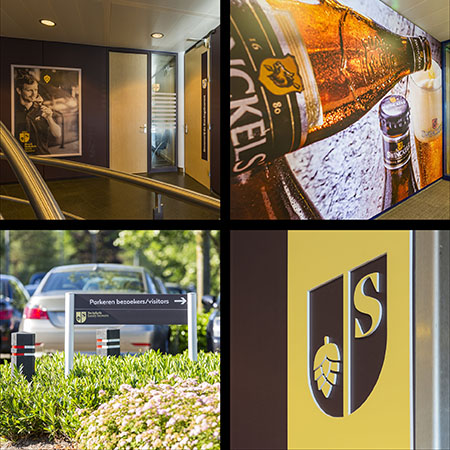 For the second largest brewery in the Netherlands; Royal Swinkels Family Brewers (formerly Bavaria), Cornelissen Projectbegeleiding has implemented the completely renewed house style at the head office in Lieshout.

The process started with determining the colors for the interior. Cornelissen Projectbegeleiding provided test sheets for the Communication department of Swinkels Family Brewers. That way the departement could immediately assess the effects of colors and images. After the choices were made, Cornelissen Projectbegeleiding started the implementation. The various expressions were first listed. After that, the old ones were disassembled.

Curious for more images of this total solution? Then take a look at our portfolio.

← Unity between four different locationsOur office is closed during the holidays →